>Home >Blog >When a Boy Wants a Tutu #tutusforroo

When a Boy Wants a Tutu #tutusforroo

Due to a family illness we are temporarily closed until further notice.

Please email tutus@mayhemcreations.co.nz and I will reply as soon as I am able to thanks Mariana.

Should a Boy Wear a Tutu?

Perhaps you are like Roo’s mum and would “shout his right to walk down the street in peace, wearing whatever items of clothing he wanted to wear.” Or maybe you would worry that your son was going to ‘have issues’ or that you weren’t doing your job properly as a parent? Perhaps you would take it as far as thinking it was ‘child abuse.’

“She shouldn’t keep doing this to you. You’re a boy. She’s a bad mommy. It’s child abuse.’ Roo and his Mum received this from a stranger while they were walking in the park. He then took photos of Roo without permission saying he was going to show everyone what she was doing. As part of her support for her son, Roo’s Mum started the hashtag #tutusforroo which has gone viral over Instagram and Facebook. I love that a Mum would stand up for her son! It’s our job, after all!

Is it Wrong if a Boy Wants a Tutu?

I was horrified when I first found out about what Roo and his Mum were subjected to. Of course, he can wear a tutu if he wants to. There are no such things as boy clothes and girl clothes. Nor do boy colours and girl colours exists. They are just different types of clothing in different colours.

There’s no doubt about it, our cultural beliefs and what we see as ‘normal’ are shaped by both nurture and nature. Dr Mark Barnett from Kansas State University says, “There’s clear evidence of a biological genetic predisposition toward gender attitudes, behaviours and beliefs based, in part, on hormones and brain development.” That means our nature is pretty much predetermined for us.

When it comes to nurture, we are the result of society and family influences though. Boys tend to be pushed into being loud, messy and playing with trucks, while girls are encouraged to be quiet, tidy and play with dolls. But in saying that, the individual child is the one who makes the choice whether to wear a tutu or not.

I’ve known plenty of girls who refuse to wear one. I’ve also known a small number of boys who love wearing a tutu skirt. It all depends on the child and the acceptance or action of their parents as to what the result will be.

What Will You Say if Your Son Wants a Tutu?

Hopefully you’ll say, yes! Encourage his creativity, his play and his love of dressing up. Our children are only small for such a short time. Let him wear a tutu and post your photos with the hashtag #tutusforroo! Everyone deserves the chance to wear a tutu! 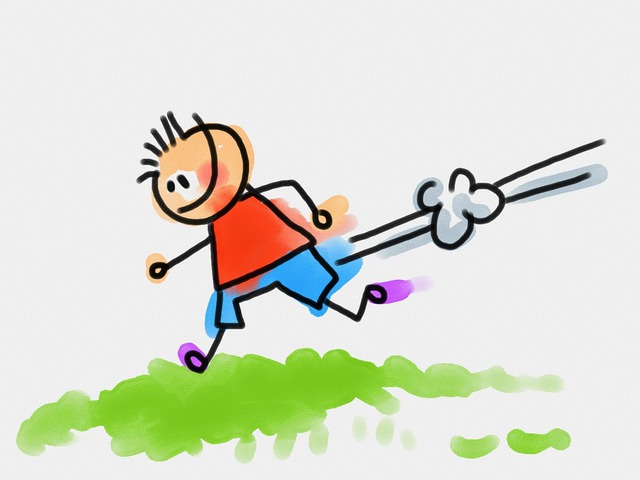